What Will a Pistol Barrel Upgrade Really Do? One of the goals of a barrel upgrade is to improve the fit of the barrel to the slide for a consistent shot to shot performance. You can see a little of the Dykem marking material on the barrel hood extension where I’m filing and sanding to get a perfect fit.

As polymer-frame service pistols, they’re designed and built for carrying and function, not 50-yard bullseye competitions. As a result, they display “service” accuracy. Stated differently, they’re more accurate than anyone shooting under stress but probably won’t be seen at Camp Perry in their unmodified form. OK, well maybe not more accurate than Omega Sector agent Harry Tasker of True Lies fame. And yes, True Lies won the Academy Award for most fun spy movie ever made.

To put some numbers on that statement, here are some of the results I’ve gotten from various Smith & Wesson M&P 2.0 model pistols. For all results, I used a solid bench rest weighed down with a 25-pound bag of lead shot and fired multiple five-shot groups of each ammo type from a distance of 25 yards. I averaged the groups to arrive at the following figures.

So, across the caliber board, accuracy seems pretty consistent in the three-inch plus or minus range for five shots at 25 yards.

To make a long story short, I got to talking with the folks from Apex Tactical. In case you’re not familiar with them, they make aftermarket performance upgrade parts like barrels and trigger groups, many of which are for Smith & Wesson M&P pistols. In short order, they convinced me that a simple barrel swap or pistol barrel upgrade in this new M&P 2.0 pistol (or in the original models) would result in stunning accuracy improvements.

I decided to put this to the test.

I got my hands on an Apex Tactical Semi-Drop-in 4.25-inch barrel to replace the factory barrel. The company offers gunsmith fit barrels too, but they require more hand fitting and may not be appropriate for “do it yourself” work. The semi-drop-in barrels only require a couple of hand tools. I ordered the following from Brownells:

You might also want some sand or emery paper of 600-grit or finer to polish things off at the end. If you don’t have any of the Dykem Steel Blue Layout fluid, you can also just use a Sharpie. That’s only used to mark metal to see where you might need to shave areas down a bit.

The process was straightforward. The Apex replacement barrel is designed to provide a tight and motion-free lockup in the slide, so the “partial fitting” process involves sanding and filing a bit of material off a couple of locations on the barrel. To see the before and after I tried to move the factory gun barrel in the slide when the hood was locked up in the ejection port, and with the factory barrel installed, I had just a bit of accuracy-robbing shake.  My goal was simple: fit the Apex pistol barrel upgrade following the video instructions to remove any movement in the new barrel to slide fit.

I had to do a little tweaking with the fine diamond hone in just a couple of places to “semi-drop-in” the new barrel. First, I had to remove a bit from the ten and two o’clock positions in the exterior of the muzzle. Apex adds a little extra metal there for purposes of letting you file down to get a tight fit. Before I did this step, the barrel wouldn’t go into the slide at all. Adding a little Dykem marker allowed me to make sure I was only filing in the ten and two o’clock areas. 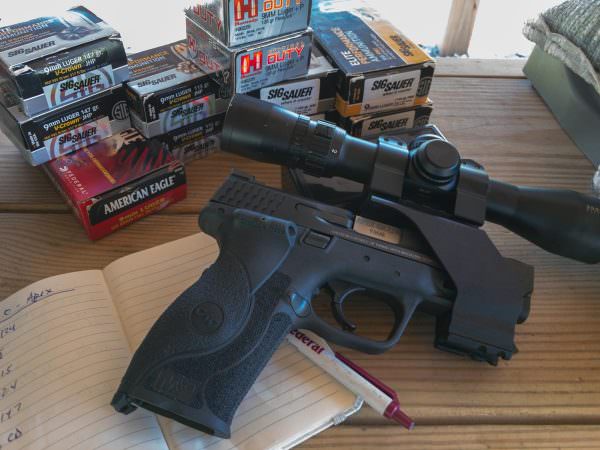 To factor my aging eyes out of the accuracy equation, I mounted this Bushnell Elite 3500 handgun scope using a UM Tactical rail mount. Works like a champ.

Next, I test fit and sanded the sides and back of the barrel hood extension to make sure that the barrel locked up, but with no front to back play. The last step, which wasn’t required in my case, was to check the fitting pad area on the bottom of the barrel lug. Depending on your specific pistol, you may need to sand that down a little as well to allow the pistol to lock up properly.

We’re not going into all the detail here because the steps are clearly outlined in the Apex How-to videos. I only summarize them to show that it’s a pretty simple process.

I’m not a gunsmith, nor do I play one on TV, yet the process was easy, and the result was stunning. Oh, and the gun didn’t explode when I next shot it. That’s always a bonus.

Taking my newly – upgraded pistol barrel to the range along with the EZE-Lap Fine Diamond Hone & Stone in case any final tweaking was required, I proceeded to shoot some new five-shot groups from 25 yards. The results? 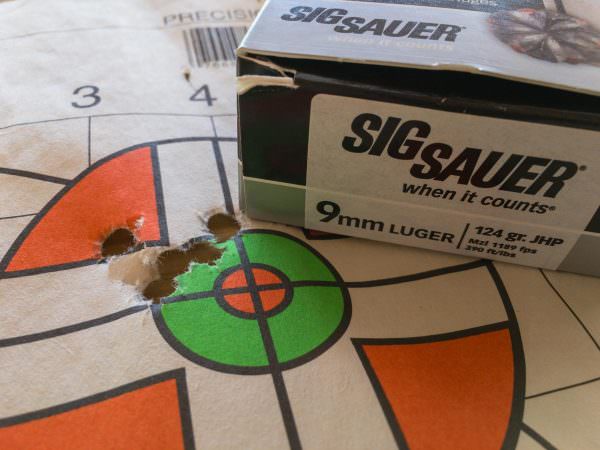 The function was perfect. If it wasn’t, all I would have had to do is remove a little extra from the fitting pad and maybe the barrel hood extension areas.