The Making of a Smith & Wesson You think Shannon Watts, founder of Moms Demand Alimony From Tyrannical Little Ex-Mayors With Serious Napoleon Complexes (MDAFTLEMWSNC) has serious armed security? If so, you should check out Smith & Wesson’s Springfield, MA manufacturing plant. We’re talking motorized vehicle barriers, iron gates, metal detectors, and security guards armed with – you guessed it – Smith & Wesson M&P pistols. Of course, one of the many differences between Smith & Wesson and Shannon Watts is that the Smith factory actually warrants tight security. That and the Smith & Wesson folks make a productive contribution to society.

I had the distinct pleasure of touring the Smith & Wesson factory this month to see exactly how guns are made. Wow. I’m still stunned by the complexity, equipment, people, scale and history. The current facility was built in 1945 using a war-footing design. It’s engineered to keep operating during a direct aerial booming attack. The idea was that the catacombs well under dirt, steel, and loads of concrete would house operating machinery and workers even while the above ground part was flattened. That’s pretty hard core. 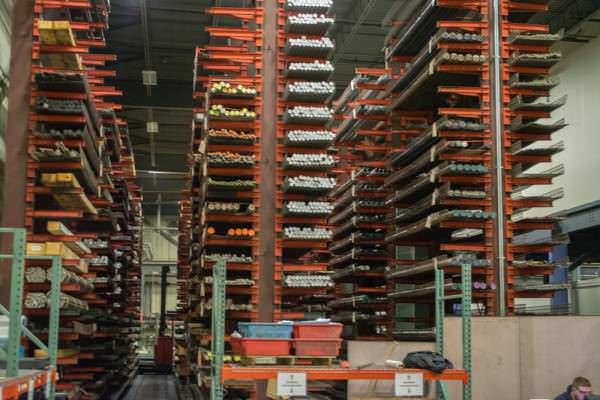 This is less than a seven-day supply of future guns. Who says Americans aren’t buying guns in record numbers?

It all starts with steel. Lots and lots of it of various types and grades. Like other modern manufacturers, Smith & Wesson streamlines efficiency using LEAN manufacturing techniques, so raw materials are delivered continuously. What you see in the photo here is only about a seven-day supply. 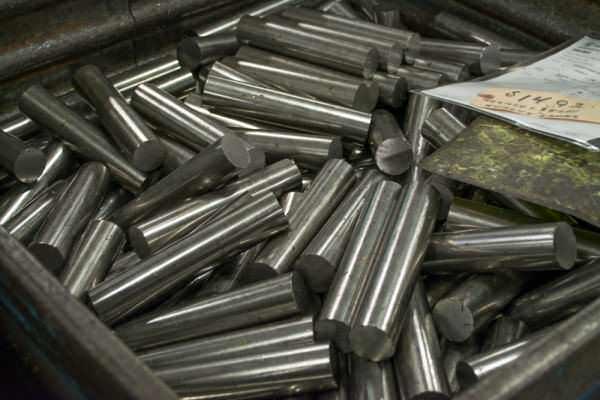 Bar stock like this is headed for two potential fates – the forge or the mill, and sometimes both.

When steel arrives as bar stock, it faces two different fates, and I’m not sure which is more violent. First, it can head to the forge, where giant, two-story transformers machines pound them into gun frames and various other components. Second, the raw stock might head straight for computerized milling, where it will be transformed into things like barrels, slides, revolver cylinders and other miscellaneous parts. We’ll start with the forging process as forged parts also head to the milling machines after they’re stamped out.