What’s got 12 miles of hallways, more cocktail parties than inauguration week, and 132,000 blistered feet? That would be the Shooting, Hunting, and Outdoor Trade (SHOT) show. The annual pilgrimage to Las Vegas is where manufacturers put out their newest stuff and retailers decide what to buy for the coming year. With over 1,600 vendors to see, it’s impossible to find it all. With that said, here’s a small taste of some of the new guns and gear from SHOT Show 2016.

Milling around at an offsite range event, I couldn’t help but overhear a discussion in the next group about long range shooting. That got my attention, so I introduced myself to Jason Wilson, founder of Lucid Optics. I hadn’t heard of Lucid before, so I put them on the list to check out on the show floor. I’m glad I did. 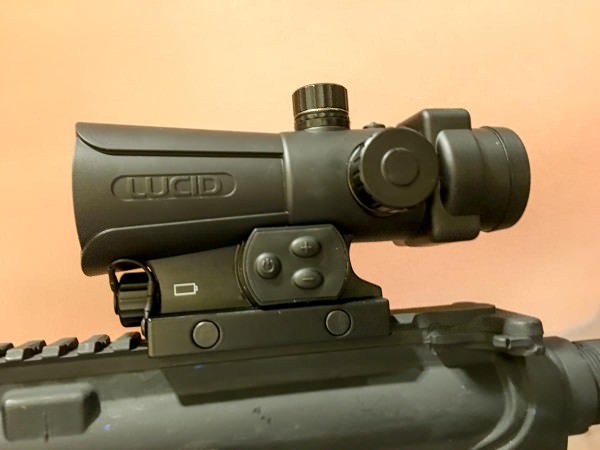 Lucid makes affordable, but functional and tough optics gear. The piece that got my immediate attention was their HD7 Red Dot Sight. Reminiscent of a Trijicon ACOG, it’s a zero magnification optic with four selectable reticles for varying applications from close range speed to longer range precision. The feature you notice first is the rubberized surface. I don’t know why, but I really liked that. Perhaps I’m tired of dinging up my attractive new optics before they reach the ripe old age of 48 hours. At just $259 MSRP I’m anxious to try one.

Here’s another one that caught my eye while walking the 12+ miles of booth exhibits. At first glance, the Fortis Control Shield looks a little bit like a two-inch long suppressor. As it turns out, the Control Shield is really more of a muzzle blast redirector. Muzzle brakes are great at reducing felt recoil and keeping you on target for a fast follow up shot. They’re also great for exceeding the sound level of an F-14 catapult takeoff. Simply put, anyone on either side of you will be well aware that you’re using a muzzle brake.

The Control Shield is like a cup that attaches via a proprietary quick attach system to a Fortis or Rainier Arms XTC 2.0 muzzle device. Fortis is making the quick attach specs available to anyone who wants to build compatible muzzle devices, so you might see more compatibility options soon.

The result is a “blast shield” that surrounds the muzzle brake leaving about a half inch of space on all sides. The blast from the brake still happens, but the Control Shield directs all that noise and chaos forward, away from the shooting line. It’s polite for people on either side of you at the range, but also has application for the military, law enforcement, and home defense where deafening others on your “team” is frowned upon. Oh, it also has small port holes to help prevent muzzle rise.

How do you make the most elegant carry pistol even better? Add an inch to the barrel and more capacity, that’s how. I’ve long thought that the Springfield Armory EMP (Enhanced Micro Pistol) is the Aston Martin of carry guns. A 1911 design chock full of patented enhancements to make it run like a well-tuned Vanquish, it’s slender, reliable, easy to shoot, and great looking. For 2016, the folks at Springfield Armory have released the EMP 4. As you’ve by now guessed, it sports a four-inch barrel over the original three-inch one. More importantly, it adds capacity bringing the 9mm magazine load to ten plus another in the chamber. 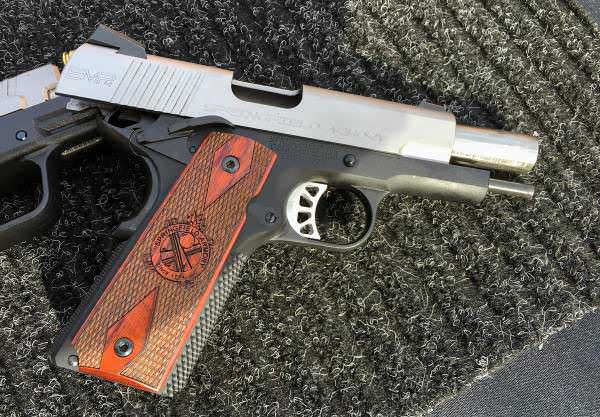 The new EMP4 from Springfield Armory.

The new EMP shoots like a dream. The extra weight in the longer barrel and slide keep the muzzle on target during rapid fire, and the slightly taller grip make a full two-handed grip easy. It’s butter and looks every bit as good as it shoots.

There’s not much more fun that a Ruger 10/22 rifle. Well, maybe a suppressed Ruger 10/22 is more fun. The Yankee Hill folks have combined the two with their integrally suppressed barrel. It’s a one-piece barrel and exterior tube with a single-piece baffle stack inside. Just unscrew the muzzle cap with the included wrench and the baffle assembly slides out the front. The entire barrel is only 18 inches long, so the compact handiness of the 10/22 is maintained. 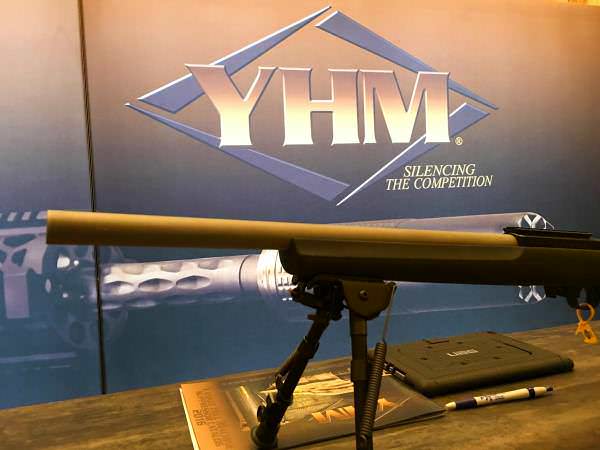 If you already have a 10/22 rifle, you can order just the barrel and suppressor assembly in either matte black or stainless steel. Or, you can buy a complete 10/22 built from the ground up with the YHM suppressed barrel.

There’s a new pistol in town from Honor Defense. I had a couple of different opportunities to shoot them during SHOT Show week. I’m looking forward to getting my hands on one for extended testing, but for now, here’s the initial impression summary.

Made entirely in America, the Honor Guard Sub-Compact striker-fired pistols use a serialized fire control system chassis. That means parts like the polymer frame and slide are readily available without hassle. The company uses the chassis design for manufacturing efficiency, but in the future, users might be able to purchase different size frames, barrels, and slides to reconfigure specs of their existing gun. 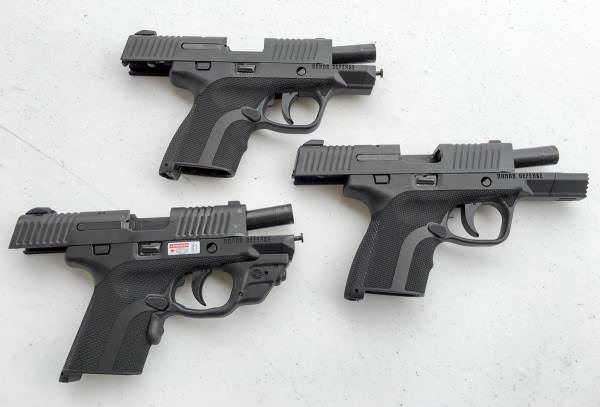 A trio of Honor Guards. Note the FIST model on the right.

One interesting configuration is the FIST model. This features a frame that extends in front of the barrel and slide. This allows the pistol to fire when jammed up against a target as the pressure won’t push the slide out of battery. Right now, Honor Guards do not feature external safeties, but that’s an option coming this spring.

The Honor Guard was surprisingly easy to shoot, and I tried it strong hand, weak hand, and two-handed. I liked the wide and flat trigger surface, and the small backstrap configuration was fine even with my large hands.

One more thing. I lied about the “made entirely in America” thing. The obligatory gun lock is imported, but only because the Honor Defense folks couldn’t find a suitable domestic supplier. Word has it that the company is including a letter of apology for that in the box. Who says a bunch of gun industry veterans can’t have a sense of humor?