Standard AR rifles are great for the zero to 600 yards range, but a couple of calibers really shine for reaching out to 1,000 and more.

Two of the hottest long-range cartridges for general purpose use (if there is such a thing) are 6.5mm Creedmoor and the brand new .224 Valkyrie.

The 6.5mm Creedmoor cartridge had its tenth birthday last year, so it’s not a new kid on the block. Developed by Hornady back in 2007, its original purpose was long-range target shooting. Since then, it’s evolved to be a solid multi-purpose round for target, competition, hunting, and tactical applications. The .224 Valkyrie, on the other hand, is just a toddler, coming to market this year.

There are lots of great long-range cartridges out there, but I picked these two for a closer look for the same reason. Both are optimized (or compatible if you like) with the AR platform. The larger 6.5mm Creedmoor requires the larger AR-10 lower receiver for its longer magazine well while the .224 Valkyrie works just fine in a standard AR-15 lower receiver. Let’s take a closer look at each and then get into some performance observations.

Keep in mind that this is not intended to be an apples to apples comparison with a result of one winning at the expense of the other. They’re different. If you want to extend your “standard” AR-15 platform into something that does a much better job at 1,000 yards than the .223 Remington, then .224 Valkyrie is your Huckleberry. If you’re cool with em-biggening the rifle to an AR-10, then 6.5mm Creedmoor is a great option.

The .308 Winchester begat the .30 TC, which later begat the 6.5mm Creedmoor, so there is some loose resemblance between the standard .308 AR-10 and the Creedmoor. Its 2.825-inch overall length allows it to work just peachy in both short-action bolt guns, and as mentioned, the AR-10 platform with the appropriate barrel and chamber. Ideally, you’ll also want a tweaked high-pressure bolt with smaller firing pin and aperture. While the chamber pressures between .308 and 6.5mm are similar, the curve is different, hence the benefit of bolt tweaking. 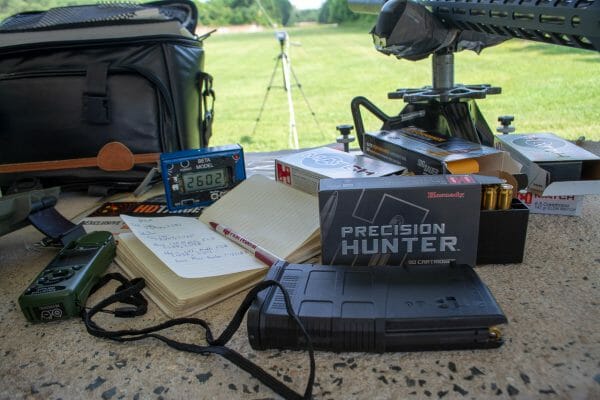 We did some long-range “science” using a pair of Palmetto State Armory rifles and a pile of 6.5mm Creedmoor and new .224 Valkyrie ammo.

The 6.5mm Creedmoor uses .264 diameter bullets, most of which are in the 120 to 147-grain weight range. The sweet spot seems to hover around 140-grains, give or take. What makes the caliber tick for longer range applications is the high ballistic coefficient, especially when compared to the .308. In English, that means that the bullets are longer and more “slippery” in the air, so they tend to get where they’re going faster. The muzzle velocity, usually in the 2,600 feet per second range, is moderate, so what makes the difference if the ability of the bullet to hold its speed farther down range. Hold that thought for a hot second – we’ll come back to it in a minute with some real-world examples.

The .224 Valkyrie comes from the 6.8 Remington SPC which in turn came from the .30 Remington. Its dimensions allow it to fit in standard AR-15 magazine wells. While the magazines are a bit different (the Valkyrie uses 6.8 SPC mags), it fits within the overall size limits. To convert a standard AR-15 to .224 Valkyrie, you’ll need a new barrel, bolt, and magazine. While the bore diameter of .224 inches is the same, the chamber is significantly different, hence the need for a barrel swap. 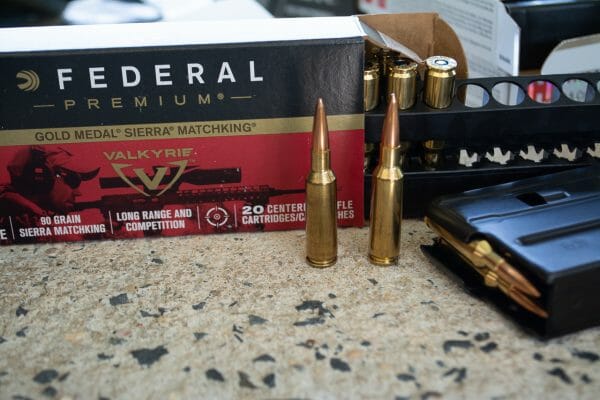 Federal’s new .224 Valkyrie is based on the 6.8 SPC so it fits in standard AR-15 lower receivers.

The Valkyrie takes standard .224-inch diameter bullets just like the .223 Remington but handles higher weights. Common loads among those released so far range between 60 and 90-grains, and 90 is the most common so far. Like the 6.5m Creedmoor, the bullets are by definition long for their weight, so the .224 Valkyrie also carries velocity downrange much more efficiently than .223 Remington alternatives. Let’s consider some examples.

Why Both Excel at Long Range 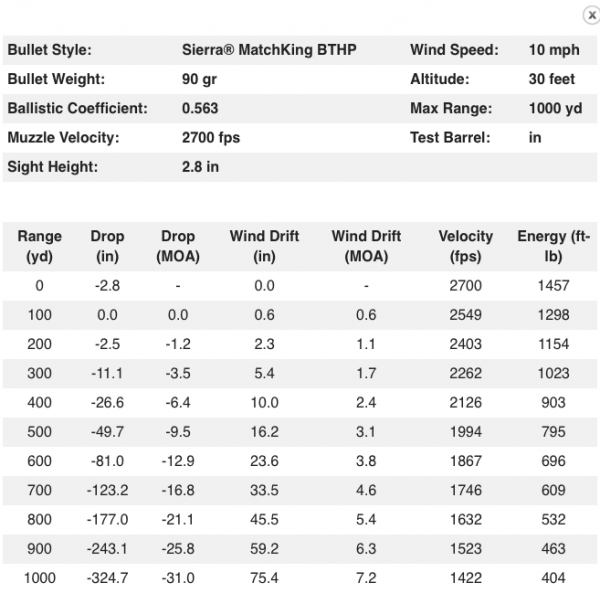 the .224 Valkyrie excels at holding it’s velocity for a long time, so it drops significantly less at long ranges. These numbers reflect performance where I live – at sea level where the air is thick and there are at least 47 gallons of humidity in each square inch of air. or so it feels…

A similar phenomenon happens with the .224 Valkyrie. When comparing to the common “long range” version of a .223 Remington cartridge, the 77-grain bullets, it carries velocity down range more efficiently. A Federal Premium .223 Remington loaded with a 77-grain Sierra MatchKing leaves the muzzle at 2,720 feet per second. At 500 yards, it’s still zipping along at 1,674 feet per second. At 1,000 yards, it’s gone subsonic to 1,056 feet per second. The Federal Premium 90-grain .224 Valkyrie has a muzzle velocity of 2,700 fps. At 500 yards, it’s still cooking at 1,994 fps and carries 1,422 fps at 1,000 yards. Depending on your altitude and other conditions, it can remain supersonic past 1,300 yards.

The ability to “lose less speed over distance” is what makes the 6.5mm Creedmoor and .224 Valkyrie perform well at long range. No bullet can defy gravity but what they can do it get to a distant target faster. The less time that a projectile is subjected to gravity, the less it drops. That’s why these cartridges, with similar muzzle velocities to standard .308 and .223 rounds, perform much better in four-digit yardage situations.

We’ve talked about velocity, but what about bullet drop? Yes, bullet drop is easy to account for, and you can hit targets with boring consistency even though they drop a lot. However, it’s nice to be able to keep your flight path within the adjustment capability of your scope so you don’t have to resort to hold over estimations or ramped scope mounts. It also makes a big difference when your entire trajectory remains in supersonic territory. When bullets do subsonic, the flight path becomes much more difficult to predict with consistency.

Using the same bullets in our velocity examples, here’s what how much those bullets drop.

One of the selling points to 6.5mm Creedmoor has always been the concept of “better range and good enough energy with a lot less thump to the shooter.”

Assuming rifles of similar weight, which they should be if both are in an AR-10 platform, here’s what you get. Keep in mind that your “impression” of felt-recoil depends on many factors like velocity duration of the recoil impulse, but for rough comparison, it is possible to calculate the raw energy of stuff flying out the fiery end and applying that to the weight of the rifle. For our example 168-grain .308 load, recoil when firing a seven-pound gun is 18.1 foot-pounds. The 6.5mm Creedmoor package, with a gun of the same weight works out to 13.41 foot-pounds – about 26 percent less. As for the Valkyrie versus .223 comparison, the heavier 90-grain bullet generates 5.24 foot-pounds compared to 4.28 again assuming we’re firing a seven-pound rifle.

So here’s the bottom line. There are plenty of calibers out there that perform well at longer ranges. These two stand out as interesting candidates partly as a result of their inherent compatibilty with common AR-10 and AR-15 platforms.

Tom McHale is the author of the Practical Guidesbook series that guides new and experienced shooters alike in a fun, approachable, and practical way. His books are available in print and eBook format on Amazon. You can also find him on Facebook, Twitter, Instagramand Pinterest.