In fact, I dig it so much, I feel like I’m on a one-man campaign to help boost it into the shooting mainstream. One of the biggest gripes people have about the .357 Sig cartridge is the cost, but that becomes a non-issue as more people start to use it. Volume begets cheapness – the more they make, the lower the cost. Whatever your position on the caliber wars, you have to admit that 9mm is making a resurgence as a great defensive caliber, and hey, .357 is a 9mm on steroids, right? 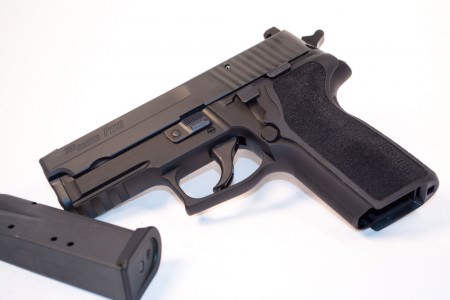 Some folks refer to this cartridge as a necked-down .40 Smith & Wesson. Conceptually, that’s kinda true, but there are technical differences. The cartridge base is the same dimension and the main part of the case body is the same diameter, but the .357 Sig case is not made from a .40 S&W case. The projectile is the same as a 9mm at .355 inches diameter.

Because of these similarities to the .40 S&W, you can often just swap barrels to change your pistol from .40 S&W to .357 Sig or vice versa. Magazines are generally compatible between the two calibers as well. Always check with your particular handgun manufacturer first before embarking on caliber changes.

One other thing to note. The .357 Sig is a bottleneck-shaped cartridge. This provides another hidden advantage – feeding is exceptionally reliable. With any of the four .357 Sig pistols I currently have (Sig P226, Sig P229, Glock 32 and Glock 31), I can limp wrist like Pee Wee Herman and the guns will still cycle properly.

Earlier I mentioned that .357 Sig approaches .357 Magnum territory, but from a semi-automatic pistol. It’s close. Real close. To see how close, I went out to the range and clocked a slew of them using a Shooting Crony Beta Master chronograph placed 15 feet down range. Here’s what I found. 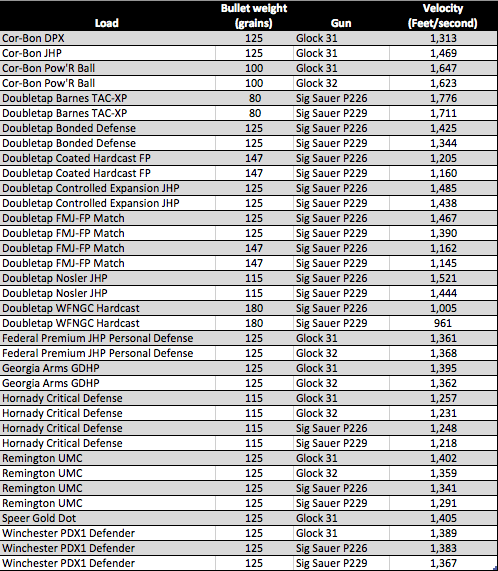 Of all the loads I tested, average velocity was 1,363 feet per second, and that includes those fat and (relatively) slow 180 grain hard cast cruisers from Doubletap Ammunition.