Years ago, I had a feeling that lasers were a good thing for a self or home-defense gun. I’d only used them on the range for practice, and at home dry firing, but it just seemed so sensible to me. All of the “marketing messages” sounded pretty rational.

“You can focus on the threat and still aim accurately.”

“They help you aim in low light conditions, when most self-defense encounters occur.”

“Lasers allow you to shoot accurately from unconventional positions.”

There are more marketing benefits, but you get the idea. Anyway, it all sounded good enough to me to install Lasergrips on my self-defense handguns.

Then, in the summer of 2013, I competed in the Crimson Trace Midnight 3 Gun Invitational event. That was an epiphany. What was until that point theoretical, became very real. Running around in the pitch dark, trying to hit targets as quickly as possible, showed me first hand the value of lasers. I could keep the gun at low ready while I was searching, yet engage targets without assuming a full stance and normal sight picture. Since I was searching for targets, I could keep my focus on the target, yet still engage. And it was fast. Way, way faster than finding my night sights.

I became a believer, big time, and even increased my level of “believingness” when I did more training and competing in the dark.

Having had my own epiphany, I get befuddled when I hear folks pooh-pooh the use of handgun lasers and repeat the age-old myths about lasers. The funny part is that 99.9% of the people who gleefully repeat those dusty laser myths have never actually used one with live fire in the dark.

Let’s take a look at some of the classics.

Using a laser will just give away your position! 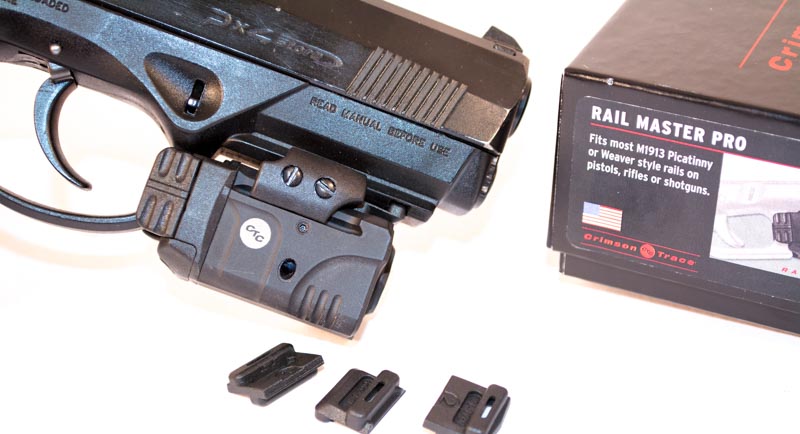 Well, if we’re talking about a home invasion in the middle of the night, me and my spouse yelling  “Get out of our house, we’ve already called 911!” is what’s going to give away my position.

Hollywood has perpetrated some pretty unrealistic scenarios when it comes to defensive encounters. Too many people envision a home-defense event resembling that scene from Silence of the Lambs, where people with guns sneak around like Ninjas trying to find each other in the pitch dark so they can have an epic gun battle. If you’re the unfortunate victim of a home invasion, I can pretty much guarantee you won’t be playing hide and seek with a squad of highly trained gunfight commandos. In reality, it won’t much matter if someone sees your handgun laser beam as it will immediately be followed by a speeding bullet heading in the same direction.

If your gun is out, and your laser is on, you are already in a gunfight so you might want to use every possible advantage to get your shot on target quickly.

If you can’t get past this myth, then invest in some quality training from a reputable self or home-defense trainer.