Here’s what a new Beretta 692 Sporting model does to a clay target.

If you want to see the next generation of competitive clays shooters, look no further than the Association of College Unions International (ACUI). This non-profit organization is much broader than clays shooting or even sports as a whole. Its purpose is to bring together college union and student activities professionals from hundreds of schools across the globe.

With that said, one of the many activities run by the ACUI team is Collegiate Clay Target Championships. While you may not have heard of ACUI, they’ve been at this or over 45 years. Since 2006, the shooting sports aspect has exploded with fresh injection of industry support.

ACUI Clays events are cross-discipline. Shooters have to compete in traditional sporting clays, skeet, and trap. The event scores teams by school, but individual shooters win awards for top finishes for each shooting discipline.

The national championship is fed by regional events throughout the country. I recently had the pleasure of attending the Lower East Coast Conference Championships at the Forest City Gun Club outside of Savannah, Georgia. Let’s take a pictorial look at the event. 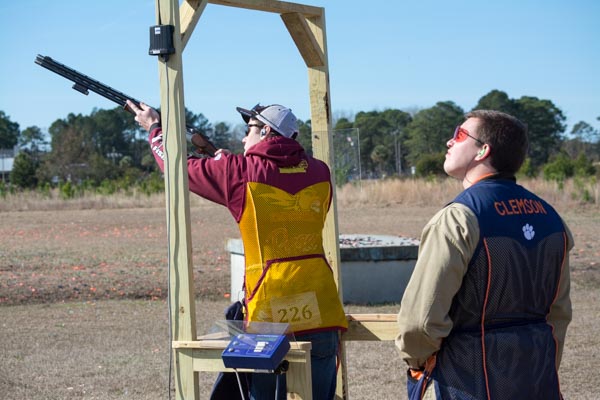 I followed a squad consisting of Emmanuel College and Clemson University shooters through the sporting clays portion of the course. Here, Richie Young of Emmanuel takes aim. 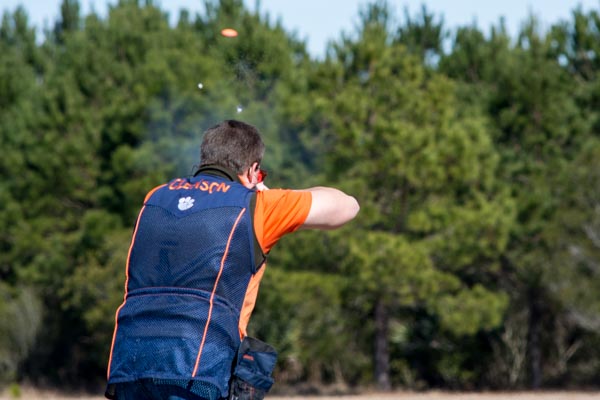 Alex McHale of Clemson unloads on a trap target. Note the shot cloud on the way to a clean break. He’s shooting a Beretta 692 Sporting with 32″ barrels by the way. 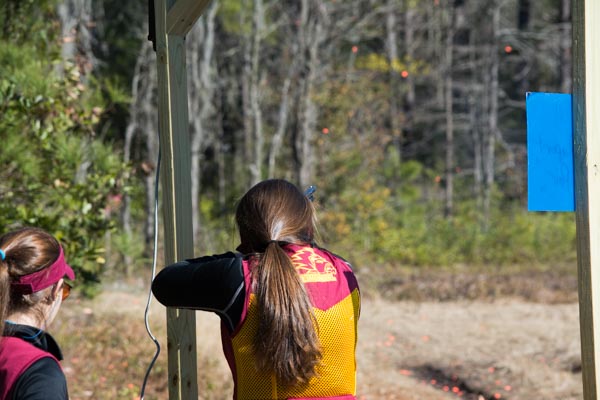 Shelby Evans of Emmanuel tore up the sporting clays course, windy day or not. She beat everyone there with a 99/100.

See the rest at Beretta USA!