Learning how to shoot, reload, and carry concealed couldn’t be easier. Check out our Practical Guides – top rated on Amazon! The Practical Guide to the United States Constitution The Practical Guide to Gun Holsters for Concealed Carry We check out the Walther PDP. A fine handgun — you might be shocked at its accuracy from the bench...

There’s A Lot Going On… Inside the .22 Conversion

The .22 conversion is almost as old as the autopistol itself. Shortly after the adoption of the 1911, Springfield Armory began experimenting with ways to train soldiers more cheaply and without the blast and recoil of a full-power pistol cartridge.

The whole point of mass production is to make something “good enough” for an affordable price. If you want a pistol that ranks among the very best, you’ll look for a gun built more like a Chiron.The folks at Nighthawk Custom coined the phrase, “One gun, one gunsmith” to capture their manufacturing philosophy. It means what it says.Nighthawk starts each 1911 pistol with 46 parts, machined from bar stock billet. They’re intentionally oversized to allow the gunsmith to hand-fit every one to each specific pistol. No parts bins here.

Do You See What You’re Supposed to See? Streamlight Color-Rite Flashlight

Day three of SHOT Show 2023 brought one more useful product from Streamlight. Their Color-Rite technology is now available for tactical, electrical, or many other applications. Tom McHale helps explain how.
12Next It seems all the “cool kids” are carrying concealed in the appendix position these days. You know, the guys with beards, high-speed, low-drag instructors and all manner of serious gun folk. So, is it a “tacti-cool” fad or a responsible and effective method of everyday concealed carry?

Are You Training For Fads, Fantasy Or A Fight?

A useful and factually accurate take by Tom Givens on the realities of self-defense encounters. The results from 70 street encounters by his former students may surprise you...

If I had to wager, I’d wager at least 10% of the 1911s I’ve worked on over the decades have had safety issues. Some were even new guns. If I just think about well-used 1911s, I’m betting the percentage is more like 15% or even 20% — especially gun show “parts” gun amateurs often assemble. Not long ago a friend brought me a foreign 1911 (an Argentinian “Sistema” Colt clone) saying it needed some work. No fooling.

Some people are naturally observant. I’m not one of them. My wife can sprint through a crowded airport on a holiday weekend wearing noise-canceling headphones and then proceed to describe everyone there, who has middle seats on their next flight and which of their kids are taking violin lessons. On the other hand, I could trip over Jabba the Hut playing “I Am the Walrus” on a set of kettledrums and not notice. What’s the moral of the story? I have to work at situational awareness. No, I mean it. I deliberately have to “switch on” when I’m out and about or the world will pass me by while I remain blissfully unaware. As a result, I’ve had to learn and develop some techniques and hacks to help me spot potentially dangerous anomalies and lifesaving opportunities during my daily travels. Maybe some of these strategies will help you too.
12Next

The more you read, the more things you will know. — Dr. Seuss

From the SHOT Show floor, a quick look at what makes the new 10mm HoneyBadger from Black Hills Ammunition.

I’m not a physicist, but I did read Astrophysics for People in a Hurry by Neil deGrasse Tyson. He attempts to explain such things as how, at the moment before the Big Bang, all of the matter and energy in the known universe was contained in a space a trillionth the size of the period that ends this sentence. Now that I think about it, trying to wrap my head around stuff like that is likely why I’m not a physicist. I can’t even comprehend a miniature Reese’s Peanut Butter Cup being packed into a wrapper that small, much less the sum total of all stuff that ever existed anywhere in the cosmos.While the deGrasse Tysons and Hawkings of the world can ponder the great expanse in their studies, we mere mortals can make more practical use of the physical sciences for our shooting activities.

And now for something a little different. NOVX Pentagon ammunition uses a patented two-piece stainless steel case instead of the de facto standard “brass.” Why? Weight is a factor. I weighed an empty case and came up with 32.8 grains. A comparable brass case is about 62. So, we’re talking a weight savings of nearly half. If you’re wondering, that works out to about 1 oz. per 15-round magazine. I did check case volume, too — it’s about the same.

Here are some of our favorite picks for home defense must haves: Guns, gear, ammo and accessories... Source: Gear Spotlight: Home Defense Must-Haves

How about following us on social media? You can find us on Twitter, LinkedIn and Facebook. We’re also on some of the alternate networks like GETTR, Parler, Gab, Telegram, and MeWe where they engage in “less” ridiculous censorship and correct-think enforcement. We’ll stick around with the old tech tyrants for a while because, hey, someone has to stay behind enemy lines, right? At least until they kick us off…

Tom McHale ·
@tommchale
Not a bad night in the lowcountry… https://t.co/vNRbMiBXnn
View on Twitter 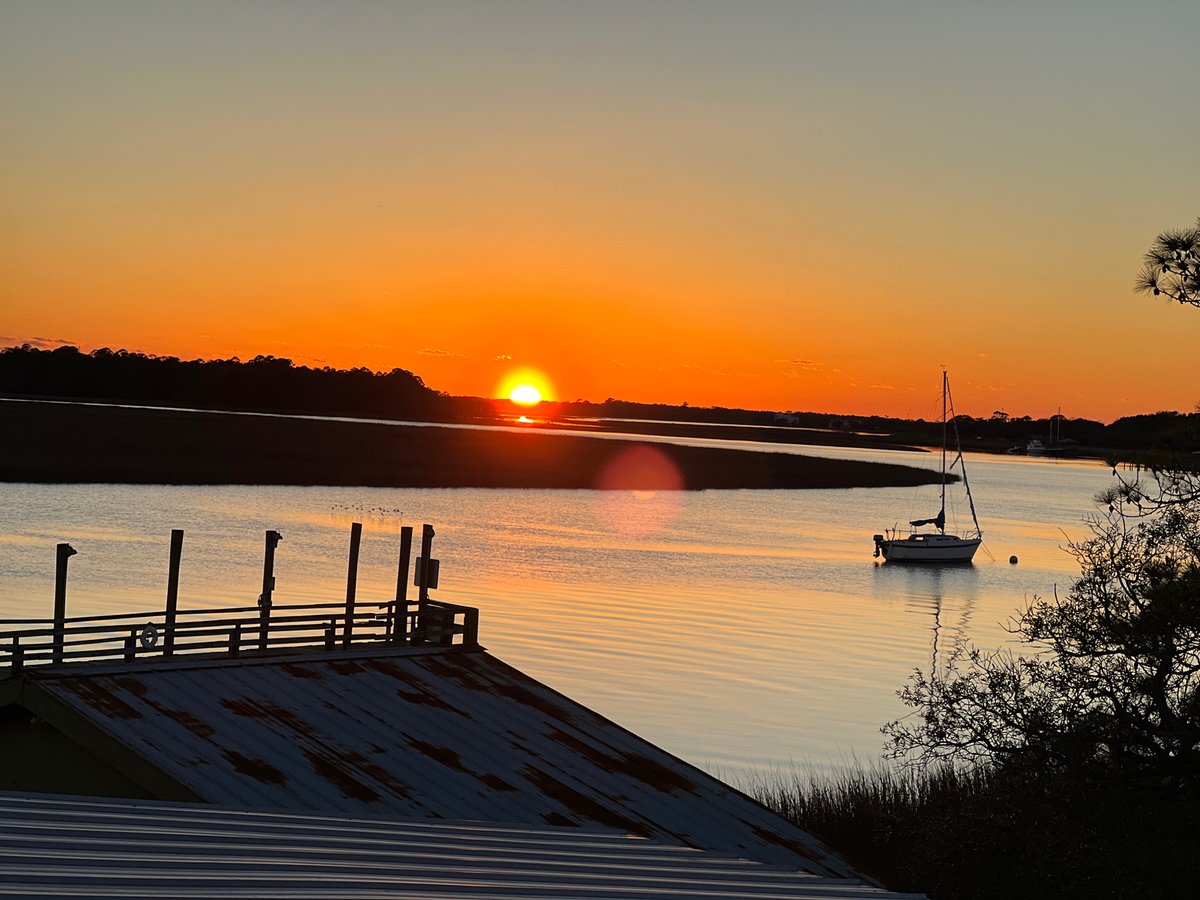 Tom McHale ·
@tommchale
What you need to know about .22 conversions https://t.co/fiwGehv0dE https://t.co/J5DbClRuZM
View on Twitter 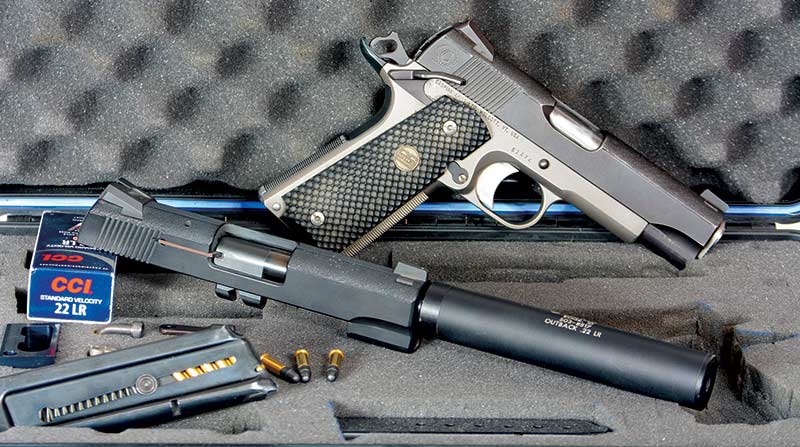 Tom McHale ·
@tommchale
This week on Gun Cranks TV and Podcast: Are those expensive guns really worth it? Can a $4,000 pistol be a deal? 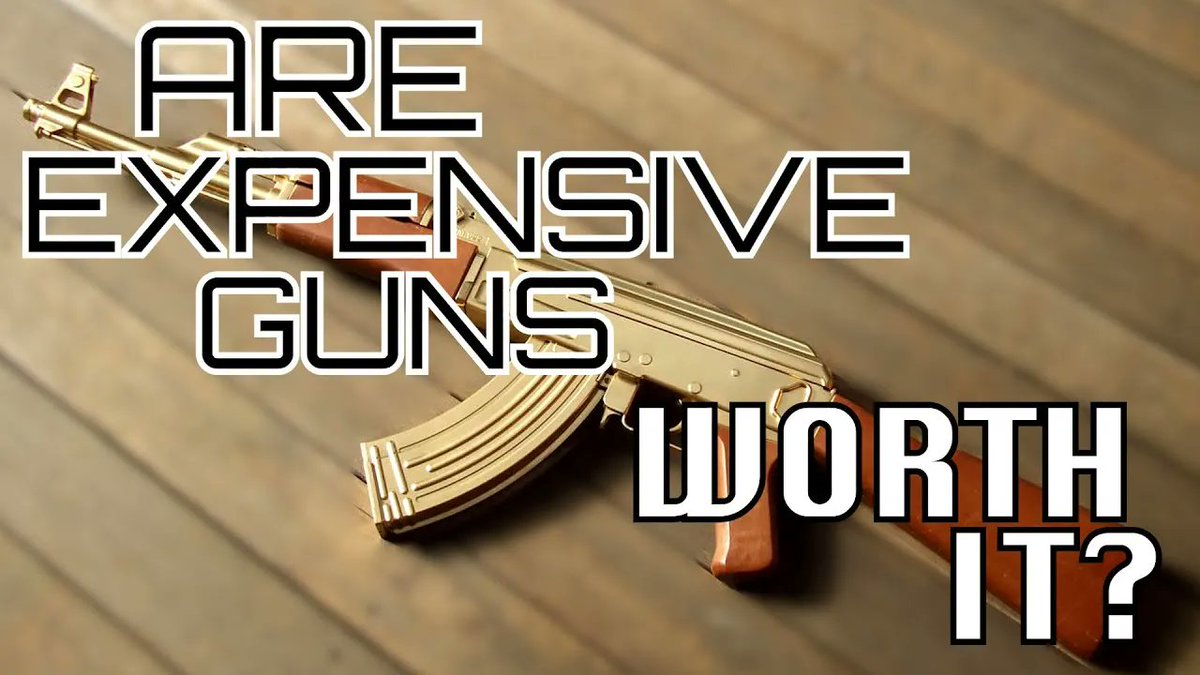 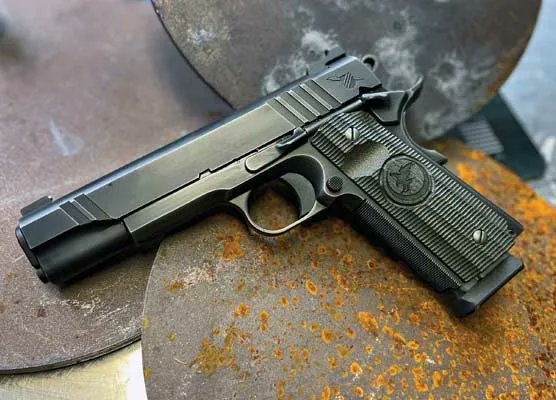