45 Ammo You Can Count On The only way to find ammo you can count on is to test, test, and test.

You can count on any and all .45 ammo, right? Can we all agree that any ammunition that says .45 ACP on the box is capable of the following?

With that settled, it still makes sense to carefully choose your .45 carry ammo. If you didn’t dedicate yourself to finding and choosing the very best on which to bet your life, what would France think?

Over the past couple of years, I’ve toured the Sig Sauer ammunition factory twice. The old one was located in a cornfield in Kentucky and the brand spanking new one is just outside of Little Rock, Arkansas. Touring the factory isn’t what puts this ammo on my short list; it’s the testing and tweaking they do that explains why the ammo performs as well as it does. I’m pretty sure the folks there go through enough gelatin blocks to fuel the sun, or at least Al Gore’s house for a long weekend. The reason for the non-stop gelatin slaughter is that the Sig folks start the ammo design process with clear goals of crushing the FBI ballistic testing protocols. We can get into the details of that another time. The short explanation is that it’s a series of tests that ensure bullets penetrate to the desired depth in gelatin blocks, expand properly, and maintain their weight after passing through all sorts of barrier material like various fabrics, wood, steel, and automotive glass. Anyway, the process is to design, test against the FBI scenarios, and tweak as needed. Repeat. 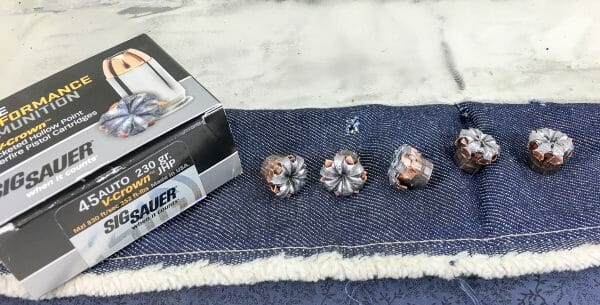 The result of all that is some pretty good ammo. The V-Crown hollow point design has internal construction and scoring which creates a two-stage expansion. It opens into picture-perfect bullets while penetrating deep into the target.

I’ve tested it in a variety of pistols and measured the following velocities.

As for penetration and expansion, I tested that with Clear Ballistic gelatin blocks on a different occasion using an FN FNX 45 Tactical pistol. Five different shots went to 16, 16, 18.75, 19.25, and 20 inches. All of those expanded to about 1.5x original bullet diameter with measurements of .655, .712, .646, .671, and .644 inches. As for weight retention, everything stayed together beautifully. The lightest bullet post-shooting weighed in at 229.9 grains. 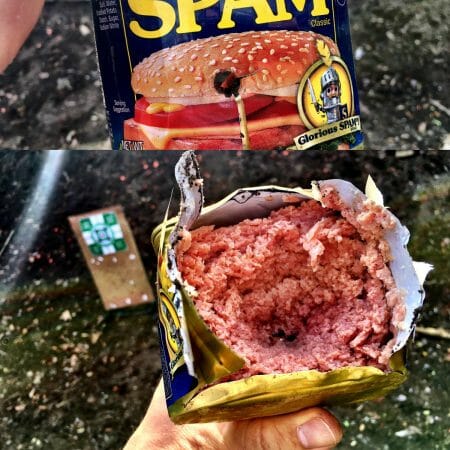 If you’re ever attacked by a can of Spam, here’s what the 230-grain Federal HST will do for entry and exit wounds.

The HST bullet design has made quite a statement over the past couple of years in all of its caliber offerings. Like the Sig Sauer V-Crown, it’s designed to excel in the FBI testing protocols. That means it’s going to handle barriers like heavy clothing, wood, and glass and still perform admirably.

The 230-grain offering has a rated muzzle velocity of 890 feet per second. When I tested it using a Shooting Chrony Beta Master Chronograph, I actually recorded higher velocities of 913.5 fps and 942.9 fps from a Springfield Armory TRP 1911 and Springfield Armory XDM respectively. Even with the super-compact Smith & Wesson shield, the speed was just under 800 feet per second.

As for penetration and expansion, I’ll let the numbers speak for themselves. 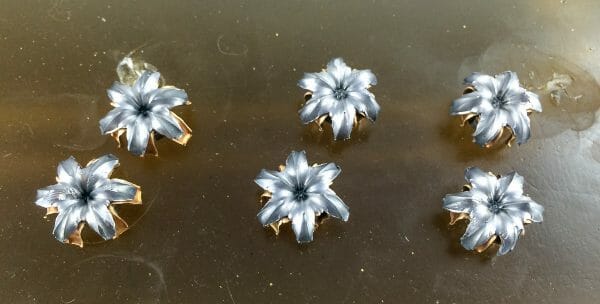 The Barnes TAC-XPD ammo wins the Golden Globe Academy Tony People’s Choice Award for coolest looking ammo, although I suppose that doesn’t count for much on the street. It features the famous Barnes TAC-XP all copper bullet but tinted dark gray. Being solid, weight retention isn’t an issue as there is no jacket to shed. It’s got a deep hollow point cavity from which you could eat a decent helping of Cheerios in a pinch.

The thing about the Barnes TAC-XP bullet is that it expands beautifully after passing through all sorts of barriers. Thanks to its solid construction it has nothing to shed so it stays together and maintains its original weight.

All that is great, but the standout feature is the accuracy of these bullets. When I stick a scope on a pistol using a UM Tactical rail mount adapter, I routinely get five-shot groups between one and two inches at a distance of 25 yards.

As for velocity, I recorded results starting at 850 feet per second for a three-inch barrel 1911 all the way up to 1,000.9 when fired out of a Springfield Armory TRP 1911 with its five-inch barrel. 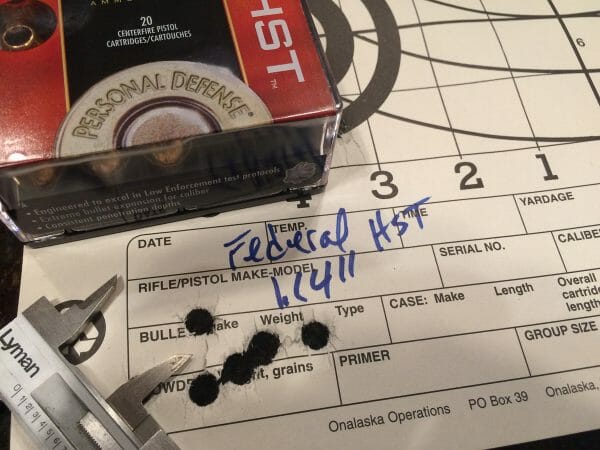 The Federal Premium HST will shoot tight groups if you do your part.

Are there other 45 loads you can count on? Sure. Anything loaded with Speer Gold Dots in 185, 200, or 230-grain weights comes to mind. Those projectiles have an outstanding reputation for consistent expansion and penetration performance too. And there are others, so don’t consider this an exclusive list – these are just the loads that have stood out over time with the testing we do here.

Just because of the joy of Boom! You may want to check out this “45” offering from Doubletap Ammunition. The Godfather of Boom!, Mike McNett, picked up the equipment and rights to producing the 450 SMC a while back and has been loading a variety of interesting options. These loads use extra-heavy rifle brass that is reshaped and cut for use in a strong 45 pistol. The net result is that the 450 SMC can launch some super heavy projectiles at impressive velocities. Whether you carry or not is up to you. It does offer interesting possibilities for making your 1911 more suitable for deep woods large critter protection.

We wrote about it a while back, so you can read the details on the 450 SMC here.