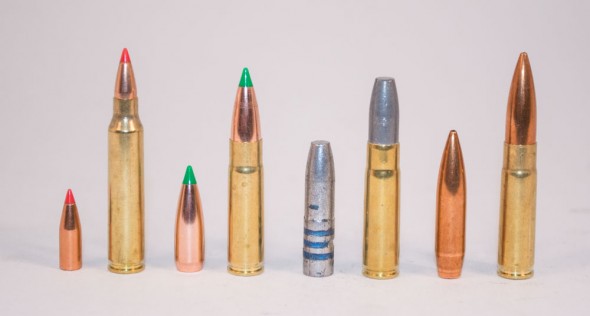 Recently when I wrote a review of the Daniel Defense DDM4v5 300 Blackout rifle, I mentioned that I’d be doing a drill down series on different aspects of the 300 AAC Blackout. Well, it starts here. Including this article, we’ll be looking at the following topics over the next few weeks:

This is going to be fun. Let’s dig in with some talk about the cartridge, basic ballistics and reloading for the 300 AAC Blackout.

I’m a professional goofball, so I never really got physics. I made it through, but I never really understood concepts like acceleration, momentum and why mass is different than weight. So when it comes to looking at cartridge energy and recoil figures, I always rely on my friend Andrew Chamberlain. He apparently did get physics and he really likes guns. He likes both topics so much that he wrote the Cartridge Comparison Guide. In that book, you can compare pretty much anything about any cartridge to anything else about any other cartridge. If you’re a gun geek, get a copy!

But the 300 AAC Blackout isn’t supposed to compete directly with the AK. It’s supposed to offer a .30 caliber alternative with more short barrel terminal performance than the .223 Remington round. If you look at the “standard”55 grain .223 Remington at 3,240 feet per second, that yields 1,281.8 foot-pounds of muzzle energy and 3.16 foot-pounds of recoil energy. And the Blackout makes a bigger hole.

We’ve already hinted at the incredibly broad range of bullet weight and velocity that can be successfully fired from the same gun. Want supersonic? No problem. Buy some 100 or 125 grain ammo that will move along at up to 2,400 feet per second. Feel like something more moderate? No problem. .30 caliber bullets are available in all weights. You can get something in the 150 to 168 grain range that will move in the 1,700 to 2,000 feet per second range. Or you can get crazy and go full subsonic from the same AR platform rifle. How about a 208, 220 or even 245 grain projectile moving at 1,000 feet per second or less?

Of course, all of these options will have incredibly diverse trajectories, and that’s what gives scope makers fits over the 300 AAC Blackout. We’ll talk about that in detail next week. For now, let’s just look bullet drop. We’ll consider scope adjustment for a 50 yard zero range using an optic that is 2.5 inches above the bore.

On the supersonic side, let’s compare bullet drop of a “300 Blackout specific”projectile like the Barnes TAC-TX 110 grain bullet to a 55 grain .223 Remington projectile traveling at 3,240 feet per second.