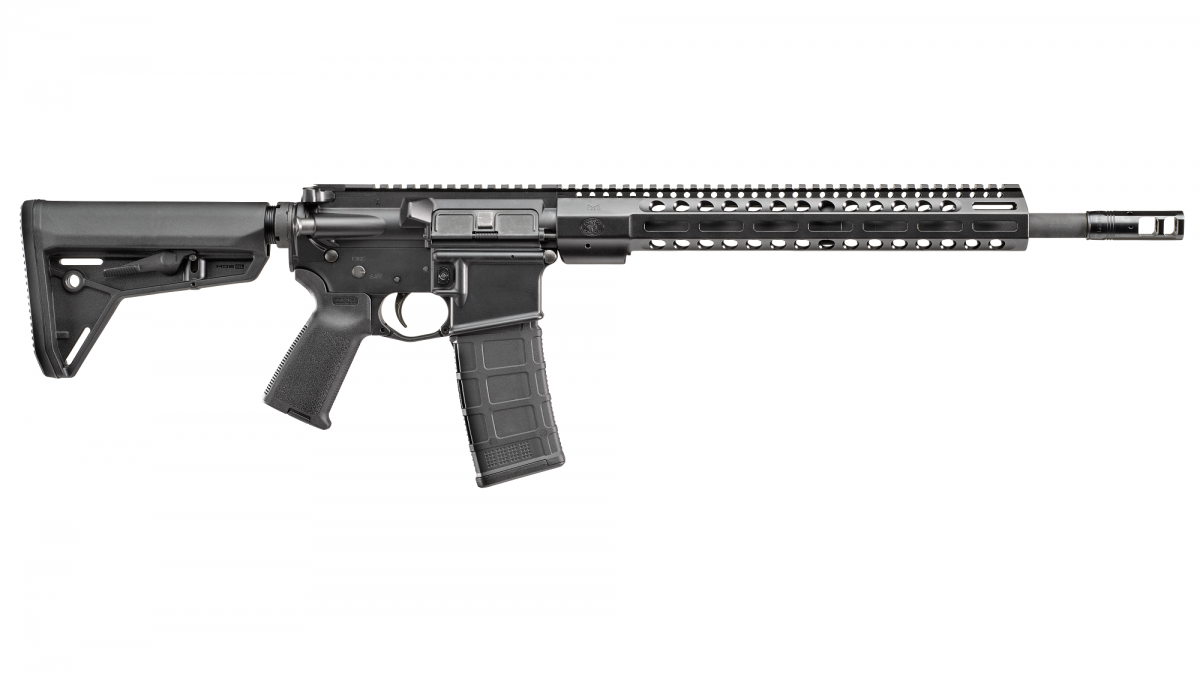 FN announced three new AR-15 rifles today, all based on the M-LOK handguard gear attachment standard. It looks like the big changes are mostly handguard related and have been applied to three different models: the Designated Marksman Rifle (DMR), Tactical Carbine, and a new 300 Blackout version of the Tactical Carbine. More from the company…

(McLean, Va. – Dec. 05, 2016) FN America, LLC announces the release of the next evolution of modern sporting rifles bearing the FN 15™ name and featuring the newly-designed FN handguard with M-LOK technology. The FN 15 Series will take on a streamlined, family approach and will feature updated models like the FN 15 DMR II and Tactical Carbine II in both 5.56x45mm and .300 AAC Blackout.

“The updates made to the FN 15 series focus heavily on the handguard,” said John Keppeler, senior vice president of commercial and law enforcement sales. “We evaluated handguard options on the market and decided that the next evolution of this line would need to outperform our customers’ expectations in terms of fit and finish as well as accuracy. We are confident that these new rifles will do just that.”

The FN handguard, constructed of 6061 aluminum, precisely locks to the upper receiver, over top of the barrel and barrel nut, using wedge locks tightened clockwise and anti-rotation pin preventing movement between rail and receiver. Finishing off the installation are two screws to bottom out in the barrel nut groove. Combined, the handguard’s alignment mechanism provides extreme rigidity and less deflection, ensuring that all mounted accessories will remain affixed without any shift in zero, despite pressures that may be applied during firing.